I stumbled upon a jumble sale advertised recently which is quite rare, I’ve only ever found one other in my area and that was nearly two years ago. You know I’m not going to miss out on a chance of attending a jumble sale!

Of course I bookmarked the day in my diary, and was keen to arrive on time – as jumbles are often known for being a little bit chaotic. 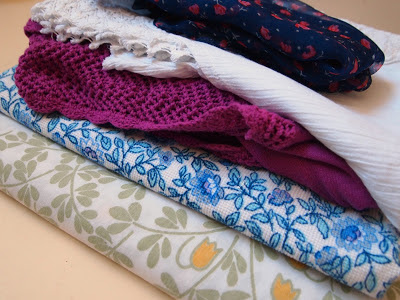 I headed straight towards the bric a brac but it was a bit of a let-down, the only thing I spied was a black chandelier, it would have looked fabulous, but I knew practically we had no room/logical purpose for it. I had a quick scan of the books and then headed straight into the mayhem of clothing. I’ve always felt a little apprehensive rummaging through clothing, but I was determined to have a good look this time.

There wasn’t actually much competition – most of the other shoppers were mainly grabbing the bigger sizes and plain stuff. I searched for vintage, but there was nothing to be found. It was mainly Primark cast offs and general high street basics. 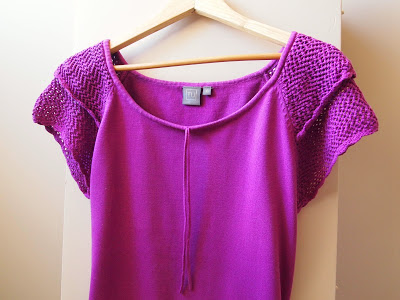 I did find a few suitable tops – at just 20p each I thought where worthwhile. I really like the crochet sleeves on this TU one. I also managed to pick up a lightweight linen top for summer. 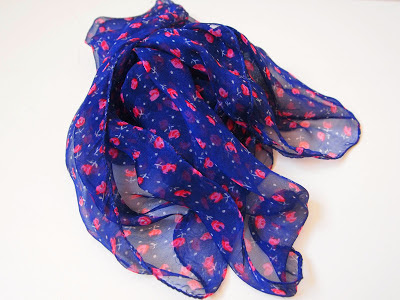 I was attracted to this scarf – after clearing out my collection a few years ago, I was once again drawn towards buying one. It was impulse that told me to purchase it.

Just as I was heading out, I spotted a table full of bed linens and fabrics; I’ve been longing for some new fabric for a while now and was keen to find a vintage print amongst them. 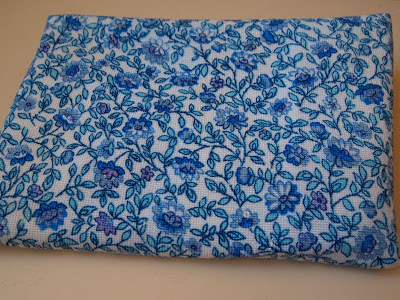 I was attracted to this rich blue floral one, previously a curtain – not sure what this one’s going to be used for yet, but it’s sturdy and would make a great seat cover. 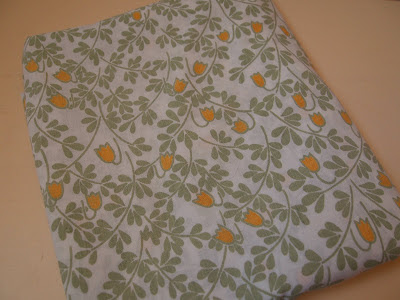 This one I thought was a duvet cover, but once I got home later discovered to be a sheet. But having bought it with the intention of using it as material anyway it worked out in my favour. I’m planning to make some cushions for the summer house at the allotment with this! Both fabrics again – a very modest 20p each.

I spent little more than £1.00 (including 20p admission); it’s really put me in the mood for a fun filled summer of bargain hunting.