I have a confession: I love bears. 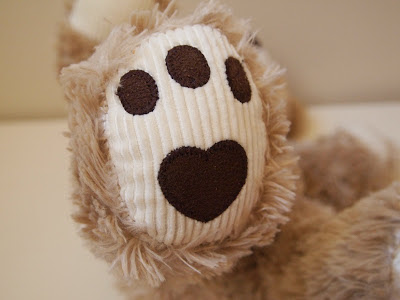 I’ve always had a soft spot for cuddly toys; I rejected all the dolls I was given as a child. Tiny Tears was all too ironic in her name, I outright refused to play with her and then threw a tantrum when my Mum tried to make us be friends.

I was loyal to one kind of toy alone- the soft, furry and cuddly variety. I loved cuddly toys, of all shapes, sizes and colours. As I grew older I avidly went on to collect TY Beanie Babies, no surprises that the elusive bears were my most treasured. Truth be told this little obsession has never really gone away, a few years ago in Brighton my heart skipped a beat when we caught sight of an arcade full of Lotso Bears. 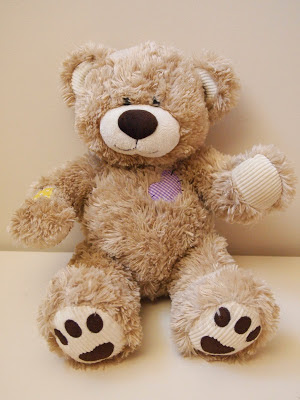 At the charity shop last week, I stumbled upon this poor little fella on the floor in the back, having been abandoned by his previous owner, sent onto charity, and overlooked. Fate had a way of stepping in.

It was then I realised he was a Build A Bear- which instantly made me a little sad. I was far too old when Build a Bear Workshop came onto the market, but the idea of stuffing, personalising , naming and adopting a bear had always captured me. So to think someone must have gone to the effort of making him all to get fed up of him, sure did fill me with sympathy. Just like Jessie in Toy Story 2. 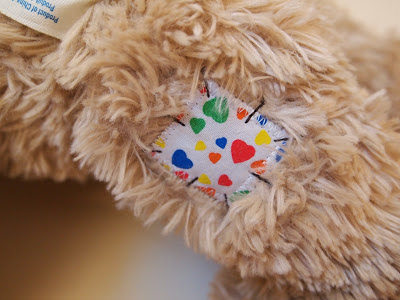 To add to the heartbreak, I then realised his back had come unstitched. I carefully hunted around for a heart, but there wasn’t one. Someone had stolen this poor bear’s heart! Well that was it… I was completely inexplicably in love. 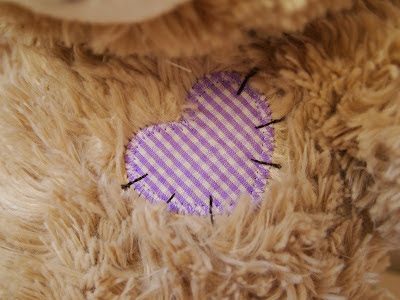 It was later that day, my Manager asked me if I would like to choose something from the shop for Christmas, which was very kind. We both knew exactly what it was I would choose.

Bear came home with me that night and he lived happily ever after.