I saw these photographs a couple of days ago of a certain soon to be divorced Miss Geldof. I knew she had some tattoos, but I didn’t realise she had that many. The article that accompanied it was basically saying the majority of her tattoos represented the different relationships she’d had, which was obviously written in a negative viewpoint. I don’t think they look disgusting, but it does seem like a hell of a lot of tattoos for someone still very young. I guess once you get one, you want to get another, and so on, it’s endless.

I remember being sixteen and having all these ideas for piercing and tattoos. All the cool kids had tattoos and it seemed like such an idealistic thing to have done to your body. My mum basically told me that she wouldn’t ever agree with me over a tattoo but once I was to turn eighteen, it was my choice not hers.

By the time I finally reached eighteen, I guess I had more choices to make, than debating a tattoo, so it kind of went away. A couple of friends started getting them around there birthdays, one got a band logo, which I thought was a bit silly, as the band weren’t the best band in the world and I don’t see how she could possibly still like the band in say fifty years time, even if there still going, which I very much doubt.

Another friend got a bow on the bottom of her back, which was cute but a little cliché I guess, don’t get me wrong I know it’s only my personal opinion and really my opinion isn’t going to change anything. So as time has progressed I have never had that burning urge to get inked since, and I don’t know I guess I am a little intrigued and I think I would like the odd one somewhere in the future.

My brother once joked about Amy Winehouse, saying her tattoos were the most hideous tattoos he had ever seen. And thinking about it I think a lot of people would say that too. Me personally I think she has too many, but I think they do defiantly strengthen her identity. It’s part of her image, and I think between ‘Frank’ and ‘Back To Black’ something definatly went on in her head. She went away got all these tattoos and came back with a different person almost.

There are a lot of famous people’s tattoos that I dislike, I think David Beckham simply has gone overboard, and I think Rihanna’s star in her ear is just unattractive. But I can understand why celebrities sport tattoos; it’s an extra addition to your image. If you’re going to be in the spotlight, you have to be different to the normal everyday person. 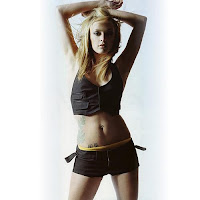 British TV presenter Fearne Cotton can do no wrong in my book. She really is an inspiration to me, I love her quirkiness and I love her beauty. Ultimately I love her fashion sense. The first time I saw her tattooed feet I was in complete and utter awe. Something just looked so magical about them. I really like her Fearne leaves stretching across her stomach, not only appropriate but also really pretty.

Personally the only place I think I would feel comfortable having a tattoo would be my foot; apparently it’s a painful place to have one though. But as I said it’s an individual thing, I know people with tattoos and it doesn’t change my opinion on them at all.